The book A Long Way Gone is an exciting nonfiction story about the life of Ishmael Beah during the civil war in Sierra Leone. With this book being a nonfiction story the entirety of its contents are all from the author Ishmael Beah. The book starts out with Ishmael leaving his village with his brother and friends to go to a talent show. They plan to perform a rap song that they found while watching TV. When they reach the town, things do not go as planned as the RUF (the rebels) attack the town and send all of its inhabitants in every direction. Ishmael does meet up with his brother and friends and continues to travel from town to town to look for his father, but eventually Ishmael Beah is forced to become a child soldier.

A Long Way Gone portrays loss and discovery in amazing and clear detail. From simple scenery to the most sentimental of moments, this book focuses mainly on Ishmael Beah and his struggle with being forced to become a child soldier and how his redemption and eventual reintroduction to society goes. Ishmael Beah did a great job by writing this book and releasing it in a way that both children and adults alike can relate to the stresses and situations portrayed. If you want a great quick read with only twenty one chapters, that will leave you satisfied, then this is the book choice for you. – Michael S. 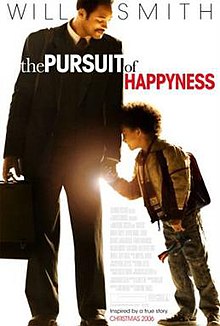 Harry Potter and the Cursed Child

Nineteen years after the Battle of Hogwarts, we take a glimpse into the wizarding world and the life of Harry Potter and his family. This story is based on the play that is showcased in London and New York, and as a result, is written as a script. Harry Potter is now a hardworking employee of the Minister of Magic, a husband, and the father of three children. It’s not easy being the son of a legend, especially when that legend is Harry Potter himself. Harry and Ginny’s youngest son, Albus, is attending Hogwarts this year with the weight of a legacy he never asked for. Join Harry in his son while they form a unique father and son bond. Watch history repeat itself as you stroll back to the school which once was Harry’s. Filled with old favourites like Hermione, Ron, Draco, and McGonagall this script is sure to revive some old memories of magic. Harry and Albus are both forced to learn that darkness and evil and arise from the most unsuspecting places.

The Cursed Child is an amazing read, especially if you have fallen in love with the world of Harry Potter. It is not formatted like the rest of the series, however, if you are able to get past that, then I definitely recommend this book. Enter this magically world one more time with Harry Potter and the Cursed Child. Action, suspense, and mystery fill the pages of this book, and J. K. Rowling keeps you on edge with her exciting new installment of Harry Potter. -Ananya M.

Coda is one of the seven books part of the Seven Sequels to Seven, The Series. Read the seven books in any order you like and join a different grandson in each of the stories. In the sequels, while the grandsons are heading up to their grandfather’s cottage, they find shocking evidence that suggests that their beloved grandfather could have been a spy, or worse, a traitor. With multiple fake passports, cash and a gun found in a secret compartment each of the grandsons set off on their own journey. Spencer’s world is turned upside when his brother is kidnapped. In order to find him, Spencer and his friend AmberLea and an annoying accomplice, Toby, must join together before something happens to his brother, Bunny. Together they face savage crocodiles, a murder mystery involving his grandfather, and kidnappers trying to capture them. Through all this, Spencer finds out shocking truths about his grandfather’s actions in the past and that his grandfather might have been the reason that Bunny was kidnapped. Who was David McLean really? Spy or Traitor?

Action, drama, love, emotions, suspense and adventure, this book is a complete package. The chapters of this book are filled with amazing ideas and an intriguing plot line. If you enjoy mystery books, then this is a book that is perfect for you. Ted Staunton does a fantastic job bringing his story to life in the eyes of the reader. This book defines the true meaning of family and being there for one another, always. Join Spencer and the other grandsons as they try to uncover the past by risking their own future.